Our National Bird needs your help

It takes a team 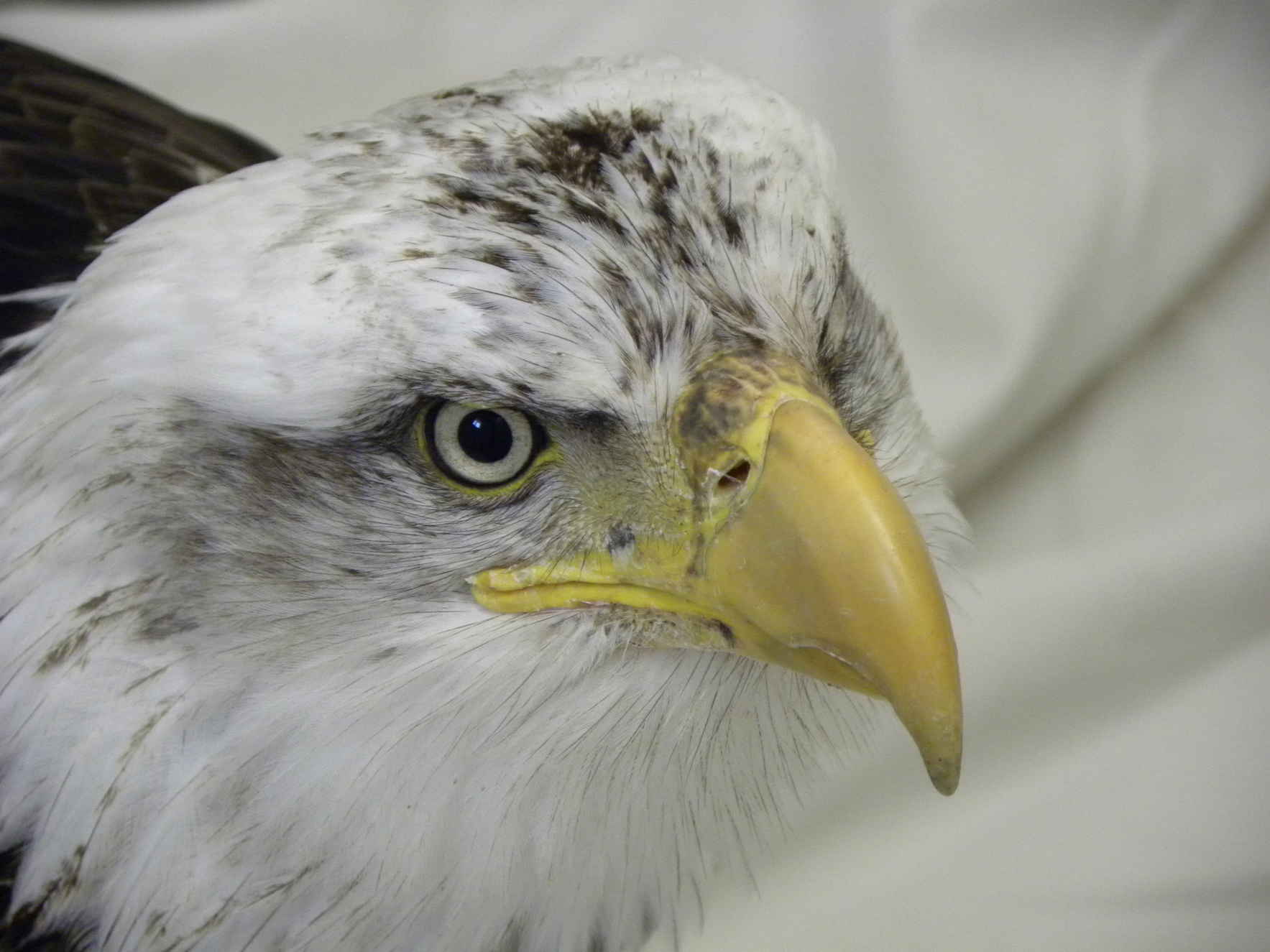 It takes a team 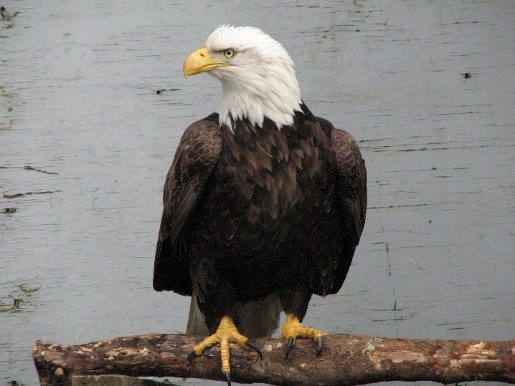 Donate $50 to support Raptors for a week

When this beautiful Bald Eagle was found lying in a driveway on Orcas Island, he could barely raise his head.

When we examined him we found that he was extremely weak but there were no obvious wounds or broken bones. What was wrong? Our rehab staff soon discovered the answer. There was a strong smell from his mouth and his crop was full of bones and meat – he had most likely eaten something that had been poisoned. They worked quickly to give him fluids and medication to flush the poison from his body, but would it be enough to save him?

The next day the eagle was still lying down and could hardly move his head and legs. We provided continued intensive care, but weren’t sure he would survive the night.

The following morning, we cautiously opened the door of his cage and got a wonderful surprise. He was a totally different bird! He was standing up on a perch looking around, was much stronger and had a healthy appetite. From then on he improved quickly and two weeks later was returned to Orcas for release. When our volunteer opened the door, he launched himself from the carrier and flew strongly up to the top of a tree.

This magnificent eagle was only a few hours from death, but he survived, and is now flying free over the San Juan Islands because of the care he received at Wolf Hollow and the generous donors who make our work possible.

The next eagle will soar because of you. Thank you!

Since 1982, Wolf Hollow has treated more than 19,200 injured and orphaned wild anials.

As we celebrate our 36th year, your donation will help Wolf Hollow continue our mission to promote the well-being of wildlife and their habitats through rehabilitation, public education and non-invasive research.

Note: Wolf Hollow Wildlife Rehabilitation Center does not sell or share donor information with other organizations.