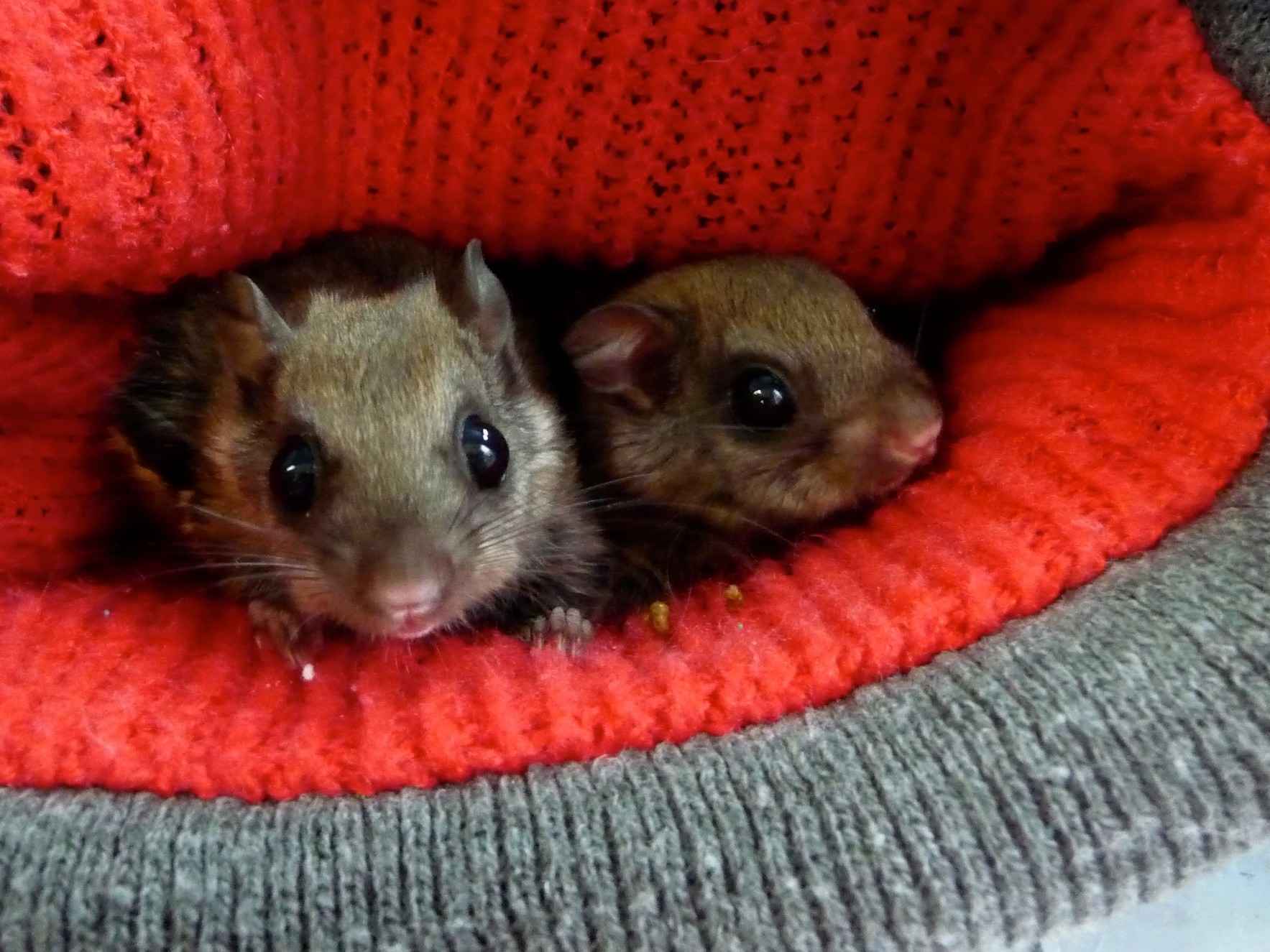 Flying in the night

Night flying in the trees

Donate $25 to support Squirrels for a week

These funny little creatures are Northern Flying Squirrel babies. They came to Wolf Hollow for care when their nest tree was cut down, leaving them orphaned and homeless. For a few weeks we fed them special formula from a syringe and tiny nipple several times a day, until their eyes had opened, they had grown soft, silky fur and they were old enough to nibble on their adult diet of seeds, berries, mealworms and fungi.

Northern Flying Squirrels are found in woodlands throughout western Washington and are the only squirrel living on San Juan Island, but most people don’t even know they’re around because they are nocturnal. They have big dark eyes, a flat furry tail that acts like a rudder and a flap of furry skin called a patagium that stretches between the front and hind legs on each side, allowing them to glide from tree to tree.

We also provide care for other types of injured and orphaned squirrels including grey squirrels, which come from Lopez Island or from the nearby mainland. Sometimes we have the privilege of raising beautiful little Douglas Squirrels; a small PNW native squirrel with a lovely rusty-orange tummy, lives on Orcas Island and the mainland. All squirrels go back to where they originated for release!

Your donation can help us care for these injured and orphaned squirrels so they can be returned to life in the wild.

Since 1982, Wolf Hollow has treated more than 19,200 injured and orphaned wild animals.

As we celebrate our 36th year, your donation will help Wolf Hollow continue our mission to promote the well-being of wildlife and their habitats through rehabilitation, public education and non-invasive research.

Note: Wolf Hollow Wildlife Rehabilitation Center does not sell or share donor information with other organizations.